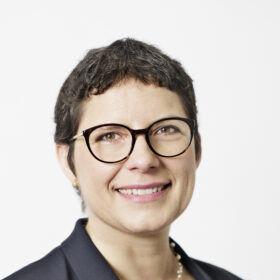 Anita Rauch is a specialist of international renown in the fields of medical genetics and human genetics. Her research work, which has achieved international recognition, has been concerned mostly with the genetic causes of congenital developmental disorders. Since 2009 she has been Director of the Institute for Medical Genetics of the University of Zurich.

She was awarded a Habilitation in 2003/2004 based on her work on the clinical features of 22q11 deletion. Her clinical and scientific interests include chromosomal disorders, microdeletion syndromes, and congenital growth and developmental disorders including malformations and intellectual disability. Her research work is supported by the Swiss National Science Foundation, among other bodies. She has won a number of national and international awards for her scientific work. Prof. Rauch is a member of many national and international professional associations and journals, and since 2010 has edited the journal “Molecular Syndromology” (Karger-Verlag, Basel).